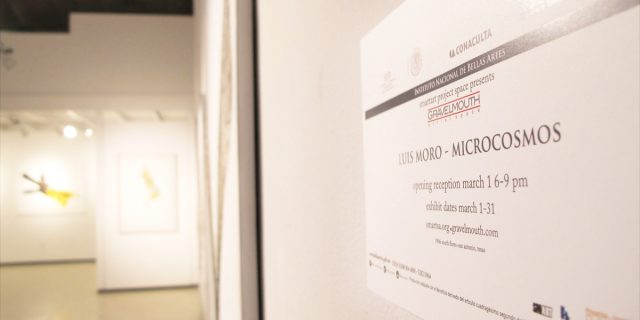 Though we might mention dead insects when speaking of overpowering forces (“squashed like a bug” and “smashed like a fly on a windshield” come to mind as two dour comparisons), do we ever think of their actual demise as anything but good riddance?

In “Microcosmos,” an exhibition of mixed media paintings by Spanish artist Luis Moro on view at Gravelmouth Art Space, filigreed dragonfly wings are delicately rendered next to swirls of indeterminate masses of heavy paint, the impasto peppered with bits of contrasting colors that swirl and break off to finely trail over the white background like windblown dust. In another work, the gray wings of perhaps a housefly, and its legs, are scattered next to globular forms held together with chaotic patterns of brown, black, and white that seem tossed on the surface, but on closer examination, reveal painstaking handling of paint. Dark and light appear again in yet another piece, traced quickly as if to evoke fluttering strings, ribbons, or — a smudge. Throughout the gallery, large and small works reveal similar drama between careful representation and painterly abstraction. Or trauma; magnified improbably, these are the proverbial bugs on the windshield. Splat. But there’s nothing funny here. Though my mind identified the destroyed insects, my eyes were captivated by the contest of paint.

Born in the old Roman town of Segovia, Spain, Moro studied in Madrid and has exhibited widely throughout Europe, North America, and Asia. Traveling constantly, he says, since 1991, Moro spent the last four years largely in Mexico, where he exhibited widely, most recently at the La Pinacoteca de Nuevo Leon in Monterrey. Prior to his current show, his work was seen in San Antonio at UNAM and the past Museo Alameda, now a work in progress by Texas A&M-San Antonio.

His present exhibition is a continuation of his Elementals Paradise series, this section focusing on small life forms: winged insects, arthropods, and the minuscule organisms that live within them. Using painting and computer graphics, he has constructed a complex blend to ponder the relations between individual organisms and their surrounds, finding repeating patterns throughout nature; what he refers to as a play between “micro and macro.” Like San Antonio, Segovia is a river city.Moro’s early experiences there drew him to nature, and alerted him to the careless destruction other life forms suffer from expansion of our built environment, bringing evermore pollutants to yet more species that fall under the toxins. Moro’s strategy of mixing organic patterns with seemingly chaotic shapes serves well his depiction of the loss of form that happens in death, but, perhaps, there is indeed a joke in play. If we continue to disregard the commonality we share with all life, the simile will play out in quite dramatic fashion. Like bugs caught in the slipstream of traffic, we too, will hit our limit. Splat. 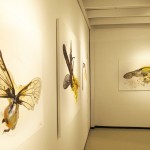 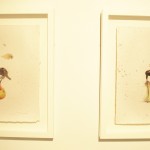 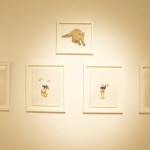 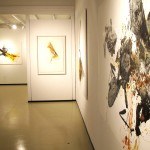 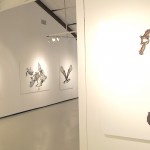 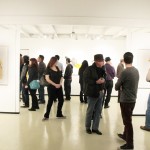 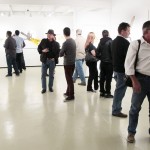 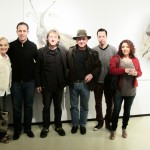 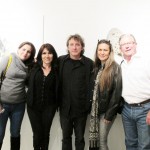 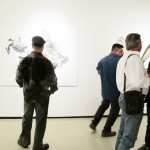 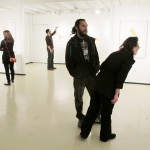 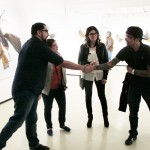 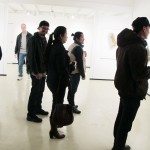 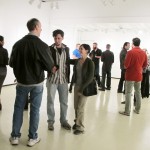 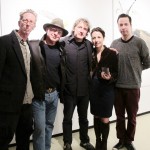 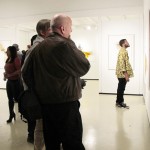 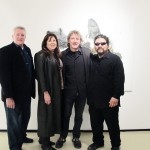